Each year more than 6oo thousand people were die world wide because of diseases caused through passive smoking. There is more Active smoking but people are aware of it still they smoke without the knowledge that they are killing others because of their bad habit.
People are exposed to second hand smoke which are coming from other smokers and they do not know the impact of it. It slowly kills the person.
Father who had a habit of smoking stop smoking or at least do not smoke near their children and wife as they too are exposed to it and will cause severe diseases.
Passive Smoking is dangerous and do not allow anyone to smoke near you so that it helps to control diseases caused through it. 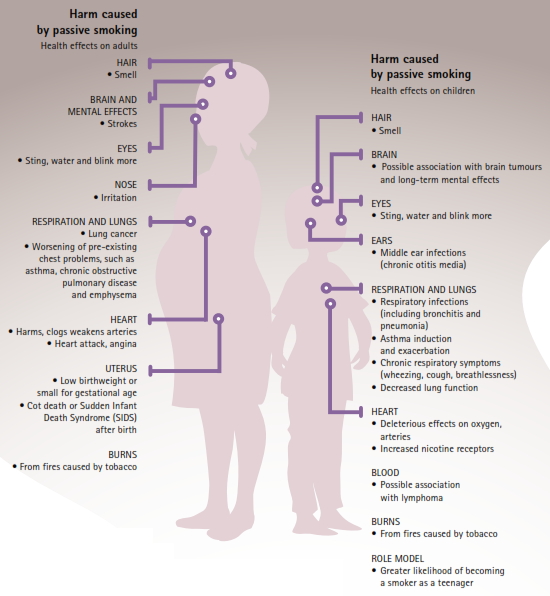